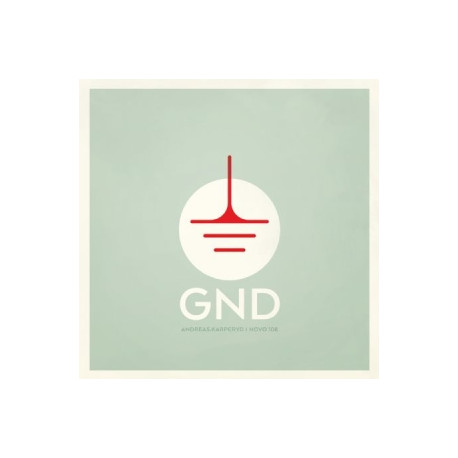 Andreas Karperyd is the alderman of Swedish electronica/ambient/experimental scene and have been active since the mid 80s releasing under many aliases (Omala, Obconic, He Said Omala, Hox and A.Karperyd) and creating music for stage/dance performances.

Some time after the release of the 'Duke of York' album by Hox (with Graham Lewis of Wire) Andreas was diagnosed with cancer and took help by composing new music all through the treatments 2016-2020. When he was declared healthy in 2020 he started editing and producing the hours of music he had made, cutting it down to become his second solo album GND (Ground).

Like his first solo album 'Woodwork' most of 'GND' was recorded live and then edited in his studio which gives it a warm and almost jazzy feeling. Mixing glitchy electronica with beats have become a little of his trademark and on this album he goes full out with it, also pairing it with more ambient pieces. This time also brining in more piano and strings to the mix.

'GND' will be released as a limited vinyl run (120 copies) which will also feature an original artwork by A.Karperyd.

Based on recordings made 2016-2020
Mixed and produced late 2020
Music and Artwork by A.Karperyd
Drums on Track 7 by Christian.Olsson
Mastered by Andreas.Tilliander

30 other products in the same category: